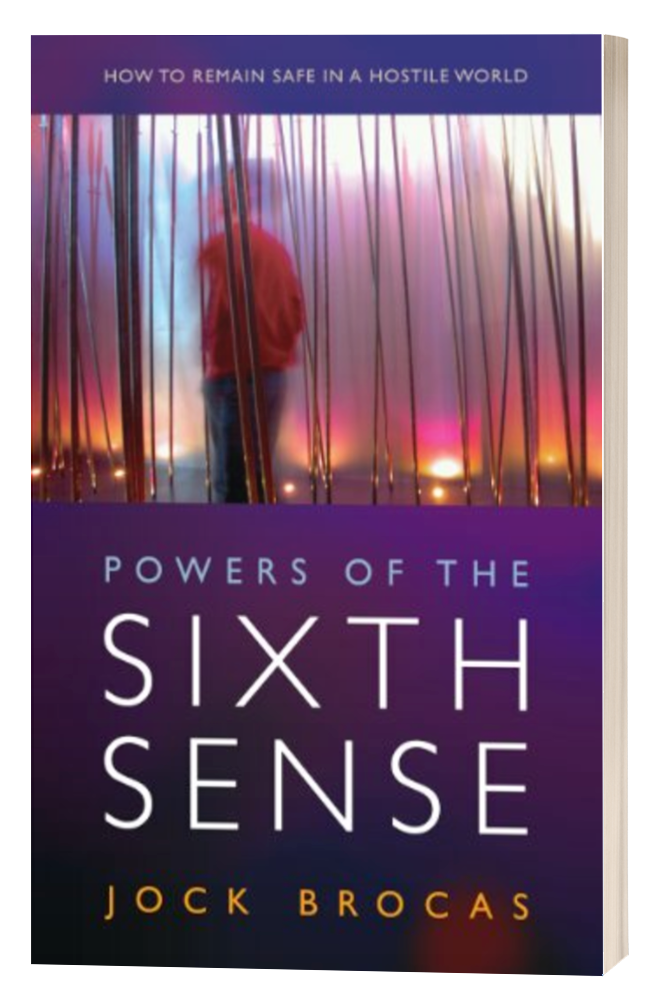 Powers of the Sixth Sense

How to Keep Safe in a Hostile World

Your sixth sense can warn you of imminent danger; whether it's to yourself, your family or your business; whether it's personal hostility, potential robbery, or even terrorist attack. The Power of the Sixth Sense is written by an experienced psychic medium, a top security consultant and a teacher of the Japanese martial arts of the Ninja and Samurai. Many times in his life as an undercover agent, working with law enforcement and Special Forces throughout the world, in some of the most hostile locations, Jock Brocas sixth sense allowed him to survive in the face of possible death. The aim of this book is to make everyone aware of their similar abilities. The sixth sense is a practical gift, vital for survival in this perilous age.

The emphasis in this book is mostly on personal protection through common-sense caution and trust in your intuition; hunches; gut feelings.
He frequently encourages us to take psychic signals seriously, and relates some of his experiences in this area. There are many valuable suggestions and reminders of things we can and should do to protect ourselves by both physical and psychic means -- although a few of his suggestions are not likely to be practiced by most people,e.g., spending at least 20 minutes inspecting your car every single time before getting into it.

This book has much to offer the person who must survive in a world that is increasingly hostile, angry, and threatening. In effect, the book is about protecting oneself from terrorists of one kind or another - whether street hoodlums, members of an organized terrorists group, or simply self-serving co-workers or neighbors who verbally attack out of envy, greed, whatever. It is primarily about mental self-defense. "By unlocking your sixth sense, you can become your own bodyguard and personal adviser," author Jock Brocas writes. "You will listen to yourself before you do anything, and your mind and body will give you the answer or show you how to protect yourself. Listening to your intuition will save your life."

I have heard it said "A man with an experience is never at the mercy of a man with an argument". Jock Brocas, a man with many life experiences which have been intricately weaved with his gift of "The Sixth Sense" shares with the reader what every person can do to protect themselves in this dangerous and often times violent world we find ourselves living in by using the latent "Powers" that lie resident within every human being.