The Tree of Your Life 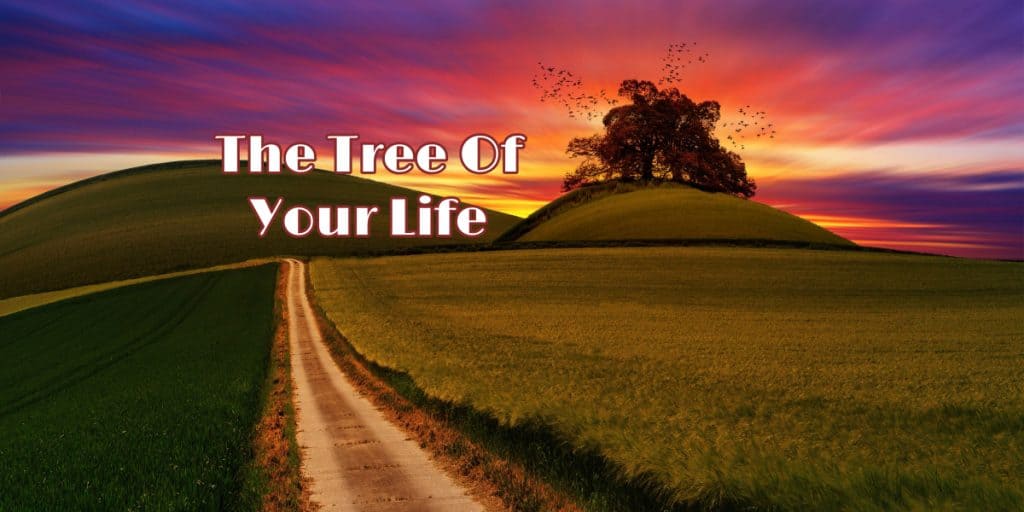 Once there was a forest and everything lived in harmony with the forest, and the trees, vegetation, animals and life force made up the life of the forest. The people that dwelled there knew only happiness and recognized the very nature of life within the forest. They could see themselves within it and knew that without it – they would inevitably perish. Each person shared their lives with another and no duality existed, each smile cultivated an inner peace and mother earth was indeed good to them by providing them with everything they needed.

One day, one of the younger’s of the village that was creative and looked after a wise old owl realized that he could make a bigger hut for his friend – the owl. This he thought would make him more comfortable and would shield him from the harsh elements of winter – he wanted to do this for his very wise friend. Instead of seeing the miracle of winter and the beauty of winter, he could only see its harshness and so he cut down a tree to carve it into a wooden hut but the owl would not enter, he became angry at the Owls displeasure and non-use of the hut. “It must be bigger and better and then the owl will want to live in the hut and I will live with him” He thought, then another thought echoed in his mind that if he were happy with his friend in the Hut then perhaps if he built another for his family, they could all live as one. And so the young man went to work cutting down the trees that lived close by in order to build another hut for his family with the hope that his friend the owl would decide to dwell within the house. Meanwhile, the trees could feel the pain of their life force becoming drained and the roots once strong began to wither and die. The people could not see the pain of the forest and could only see the wonders that young man was created for everyone and yet still the owl refused to enter the hut.

Soon word spread amongst the people and in their desire to have what the young man and his family had, they came to him with their own trees they had cut down, “Make me a hut and make mine bigger for my growing family,” another would say, I need a hut to store corn and to house my horses and my family – Make mine bigger.” The young carpenter did exactly that and did not stop there, soon he trained others and they, in turn, found other methodologies. The thirst for knowledge outside of the forest and the desire to have bigger and better huts began to deplete the forest and everything around it and yet the owl refused to enter. The young carpenter became angry at the Owl and the owl smiled, then another who realized that his crop was not good this year became angry at both of them, the carpenter and his fellow man quarreled and yet the Owl just smiled. Soon many people in the village came to shout and blame the carpenter for the forest destruction. The animals had left and no flowers remained, the waters were polluted and everyone felt inner anger, jealousy, and hatred – yet the Owl still smiled. The very nature of life had been compromised within the forest and soon large buildings, vehicles, light pollution, and noise filled the void. Individuals no longer smiled and continued to build – seeking more and more and controlling more and more of the environment. The sun no longer kissed the earth and the waters no longer sparkled. Ships moored in the harbor waiting to drain the earth of its nature in man’s incessant greed waited anxiously and still, the owl smiled and refused to enter his hut. Men, women, and children fought over material wealth and man killed his fellow man. Every victory created more suffering than before and still, the owl smiled.

In the center of that great city stood one tree alone, the last remaining remnant of a living breathing forest and reaching to the beating heart of the sun. Everyone who passed by the tree could no longer see its nature and separation from its life force ensued. Thousands of people walked aimlessly around in desperation to create more and never once saw the majesty in the tree. Anger permeated the very nature of man and violence became the nourishment of the future – still the owl smiled and refused to enter his now larger than life building. The carpenter no longer smiled back at the owl and had moved on in years with a family of his own. His wife had recently given birth to a young baby boy and for a while the young boy brought much happiness to the carpenter and his wife but soon they both grew tired of the child’s needs and in their desperation to survive in the world they created failed to see the nature of the child, yet the child smiled and the owl smiled.

One day as the child was growing up; he was taken into the city by his mother. She rushed and rushed trying to make it here and there and taking the child by the hand she dragged him along the street darting and dodging those many individuals confined to deadlines and timescales. The mother turned around all of a sudden to notice that her child was no longer there and as she panicked and cast her eyes over the sea of people, she saw one majestic tree that held the sky aloft for all – following her eyes down, she could see her son and the base of the tree casting his gaze to the canopy in wonder. The mother made her way back towards the tree and stood behind her son as he said: “Mother, look at this tree, how tall and how large it is and how alive it is in this moment in this world.” The mother then took one step back and amazed by her child’s enlightening comment stated that the tree was indeed majestic and was beautiful, she reached forth and touched the tree and said, “Son, feel how alive it is.” She smiled, the child smiled and no sooner had they smiled – another individual stopped and looked at the majesty of the tree and felt its life, then another and another until the whole city stood in awe. Gazing and the wonderment of the tree, the child smiled, the mother smiled and everyone in turn smiled and the Owl flew to the canopy and looked down on the people and smiled for he was home and so was the tree and the people honoring the tree.

The moral of the story, “Never forget where you came from and who you are, the world and its illusions are but a fleeting moment, but nature and joy and peace exists within us all if only we open our eyes to the soul. What you gain in material life is temporary, spirit life is eternal ”